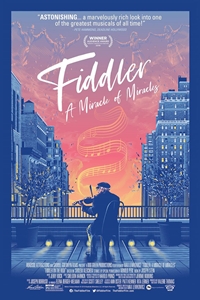 Rating:
12A
12A CertificateFilms classified 12A have been deemed appropriate for viewers of twelve and over. However, they can also be seen by younger children - provided they are accompanied by an adult who has deemed the film appropriate viewing for that child. In such cases, IFCO strongly recommends that parents/guardians make informed decisions by accessing the consumer advice available on this website.
Released:
23/08/2019
Duration:
92 min
Genres:
Documentary
Director:
Max Lewkowicz
Writer:
Max Lewkowicz, Valerie Thomas

Fiddler: A Miracle of Miracles

Sorry, this is not available to stream in Ireland at the moment